I’m so happy that I get to review the Orange Dark Terror amp – possibly one of my favourite amps (OK I may be slightly biased) on the market for bedroom and small gig rockers. This amp seriously rocks. Laced with Orange’s signature tone and huge amounts of gain and overdrive, you can be sure that if you want a metal amp that’s versatile and downright EPIC – this is the one for you.

In recent years, there has been a big surge of low-voltage amps on the market. This trend was started by the Orange Tiny Terror back in 2006 which was an instant hit due to its great sound and overdrive that Orange is known for. This was the perfect amp for blues and rock players. However, there was a market that was crying out for attention… Built on the TT, the Orange Dark Terror caters for metal guitarists, featuring more headroom and more varied tones with huge amounts of gain and overdrive – all within a small package. Donned with new black paint, you know this amp means business and it sure can deliver.

It’s safe to say that if you want a dark terror, you know exactly the type of tone you want. Their amps have carved out a niche within the market with their unmistakable sound – and do it extremely well at that!

This amp is simplicity and built for purpose at its best.

If you’re looking for clean tones, look elsewhere. The Dark Terror doesn’t have any clean setting (although if you roll the volume knob on your guitar right down and tinker with settings, you can get a somewhat clean tone) as this amp is purely about showing you how huge tiny can be.

The 15w and 7w toggle makes it perfect for both a practice amp and a small/medium gig amp, both packing a huge punch.

Also, this is a great portable amp with the carry bag being an extremely helpful addition. The Dark Terror packs away nicely on top of a cabin luggage bag which is great for you high flyers!

If there’s one thing you take away from this Orange Dark Terror review, it’s that it is absolutely AMAZING for metal guitar. It holds its tone at high gain levels whether you’re fretting single notes or heavy riffing – the amp is comfortable.

There’s not really much more to say here apart from the fact it’s awesome for metal guitar!

Who is this amp for?

I am primarily a bedroom rocker so I have first-hand experience with this. The 7watt feature on this amp is perfect for bedroom rockers! It allows you to crank it up enough to achieve that fantastic tone without disturbing the whole street (that’s what the 15watt is for ;)).

Another added benefit is the size of the head. As somebody who doesn’t have a lot of space, the small head is ideal for space-saving.

This is perfectly suited for bedroom rockers.

The orange dark terror amp works great in the studio too. Great for portability to and from and packs a punch (but you know that already!).

Works great in a studio.

I have personally gigged with this amp a few times. One thing that it really excels at is delivering tight tones at high gain. This means it can really make an impact at small to medium sized gigs.

It would struggle at large gigs, but that’s not what it is made for! It is safe to say, most giggers will love this amp, unless you are covering a lot of clean tones.

This amp is good at small to medium sized gigs.

As stated several times within this Orange Dark Terror review, the sound is insanely gain heavy. Many people compliment the range of heavy tones that this amp can achieve, from AC/DC and Slipknot to Metallica.

However through personal use, I have found that this amp performs best at higher volumes. Lower volume levels seem to suffer from a bit of fuzziness. I wouldn’t say this is a deal breaker as even just at a reasonable level, you can achieve fantastic tones (even in an apartment), but if you plan on having the volume rolled down the whole time – for one, what are you doing?! And two, this wouldn’t be the amp for you.

People also claim about their struggles to get clean tones. I have found that getting clean tones isn’t too difficult with a bit of tweaking, but you will struggle to get super clean tones with this amp.

What do people say about the Orange Dark Terror?

Don’t just take my word for it! I asked a couple users of the dark terror and this is what they had to say about it:

“I was looking for a small amp that will suit me for both practise and gigging at local venues. Originally, I had a shortlist of Orange, Mesa or Blackstar. But I needed an amp that could play some old school thrash metal – so I got the dark terror and boy I wasn’t disappointed! The dark terror delivers an insane amount of gain, perfect for the songs I play.” – Mark B “I love it. From the deepest depths of metal tones to incredible cleans that really show off the valve amp characteristics. The 7watt mode is perfect for bedroom playing (although still loud!) whilst the 15watt is ideal for most venues.

Highly recommended.” – Geoff H “What a great head! Not for cleans, heavy stuff only!!!” – Katya

Sound: 9/10 – The lack of clean tones out the box and slight fuzziness at lower volumes lets it down here – however, for metal tones, I would say it’s one of the best on the market.

Versatility: 9/10 – This can be used for both bedroom rockers, small/medium gigs and in studios. Its small size makes it great for on the road.

Features: 7/10 – Unfortunately, the orange dark terror lacks a few features you would expect from amps at this point (reverb for instance). Although I appreciate the simplicity by design, I hoped for a bit more.

Metal Factor: 10/10 – Great tones, looks awesome and can withstand some serious abuse – what’s not to love about it?

Overall: 9/10 This high gain orange amp delivers some fantastic tones, specifically for metal guitar. Although not fault, this amp is definitely built for purpose – so if you want heavy tones, this is the amp for you.

I truly believe that for its price, this is one of the best amps that you can get on the market currently. A great all rounder in terms of versatility, but it’s that distinctive orange sound that really drives is through to the top spot in my mind.

If you’re looking for a beginner/intermediate amp that delivers killer tone – you need the Orange Dark Terror.

I hope you enjoyed this Orange Dark Terror review – let me know what you think in the comments! 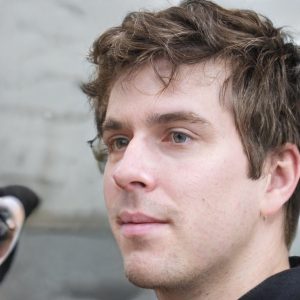